I’m pleased to announce my little side project! I loved writing “The Soldier’s Secret” so much, I decided I wanted to make historical romances a yearly thing! So, without further ado, I’d like to present my next novel, due out in February 2016, entitled “Flora’s Prince.” 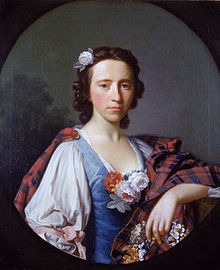 I don’t want to say much right now, but this is based on the life of Flora Macdonald, a real badass woman, who risked her life to smuggle Bonnie Prince Charlie out of Scotland after the Battle of Culloden. What sparked my interest in writing this novel was a locket supposedly given by Bonnie Prince Charlie to Flora when they parted. He said to her: “I hope, madam, that we may meet in St James’s yet,” but they never met again! There is a great deal of mystery surrounding whether or not they had a romantic affair, but nothing has ever been proven.

So, all has been revealed, mostly. Don’t worry Rae Hatting fans, “Misfortune” is still on schedule for publication on November 21st, 2015!

For now, why not have a listen to “The Skye Boat Song,” inspired by Flora’s flight with Charlie.