This post is part of a virtual book tour organized by Goddess Fish Promotions. Mark Spivak will be awarding a $25 Amazon/BN GC to a randomly drawn winner via rafflecopter during the tour. Click on the tour banner to see the other stops on the tour.

A pair of billionaire brothers with unlimited resources, a secret agenda, and no accountability.

Mysterious “peace-keeping forces” that materialize out of nowhere.

Detention camps on the U.S.-Mexican border.

A reactive Congress, lobbyists bought and paid for, and upheavals at the highest levels of government.

How was it all engineered, and could it happen tomorrow?

Is it fiction or uncomfortable reality?

The President spread aerial photos of the detention camps on the desk.

“Did your kids ever go to summer camp?” .

“Well, mine did too. And when I look at these pictures, there are a number of things missing. There’s no baseball diamond. There’s no soccer field or archery range. There’s no swimming pool. These aren’t supposed to be summer camps, Curt. And you don’t need to be a G-man to figure that out.” .

“Of course they’re not. With all due respect, sir, I’ve been around politics longer than you have. And there’s obviously a pattern here. There’s some connection between the Angels of Democracy and whoever built these camps.” .

“Agreed. But since nobody can tell me what it is, it really doesn’t matter.” .

“Well, there’s that study commissioned by the Democratic National Committee that establishes a link between the Angels of Democracy and the Hafts.” .

“I’ve read it. But it doesn’t connect the dots between the Hafts, the Angels and whoever built the camps.” .

“This whole immigration operation was planned by someone, and it cost a huge amount of money. It had to be backed by somebody like the Haft brothers. No one else would have the resources to do it.” . 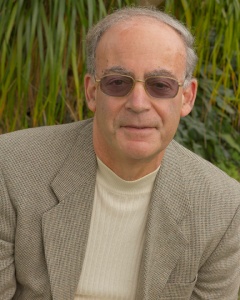 Mark Spivak is an award-winning writer specializing in wine, spirits, food, restaurants and culinary travel. He’s the author of Iconic Spirits: An Intoxicating History and Moonshine Nation: The Art of Creating Cornbread in a Bottle. His first novel, Friend of the Devil, tells the story of America’s most celebrated chef who has cut a deal with Satan for fame and fortune.

Mark is also a political junkie who loves turning his fascination with the seamy underbelly of the American political system into taut, page-turning thrillers. The American Crusade, the story of a devastating terrorist attack and the government’s response, was published in April 2019; Impeachment, a tale of two billionaire brothers who manipulate that system for their own ends, is a sequel that also stands alone as an unusual and compelling story.