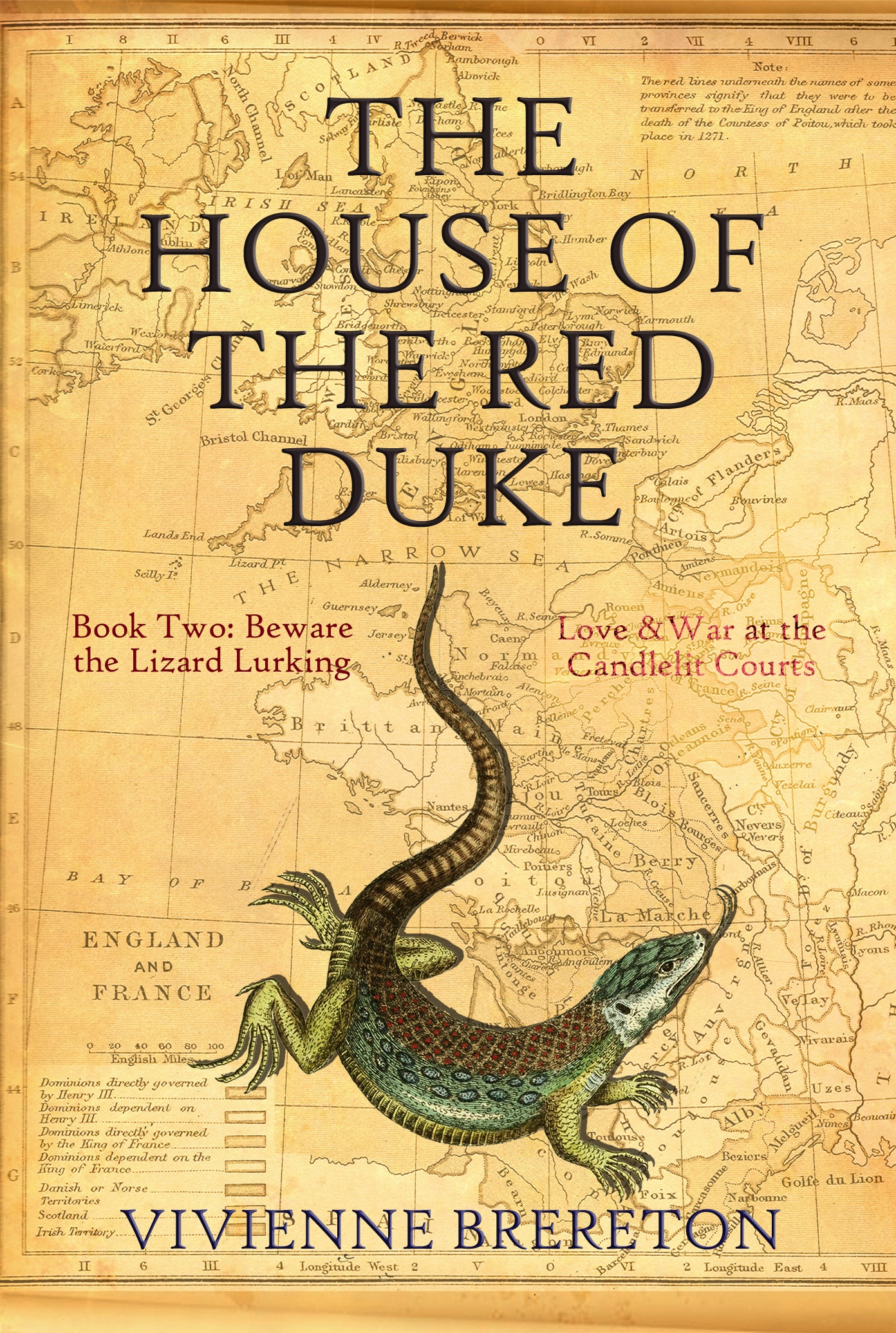 Title: Beware the Lizard Lurking
(The House of the Red Duke, Book 2)

Welcome to the candlelit courts of Europe!

Uninvited guests at a secret wedding.

May Day celebrations to remember.

The young Henry VIII, with the aid of his chief advisor, Thomas Wolsey, and against the counsel of Thomas Howard, the Earl of Surrey, is hellbent on a so-called holy war with France. This puts him at odds with his Scottish brother-in-law, James IV of Scotland, and his older sister, Margaret.

Both Tristan and Nicolas know that time is running out for them before they have to…enter the Church – and into an arranged marriage, respectively. In the meantime, they remain at loggerheads over pretty Ysabeau de Sapincourt, the spoilt young wife of the hapless Robert.

At La Colombe, near Ardres, in Picardy, spirited little Valentine is still making mischief as she sees fit.

Across the Narrow Sea, Cecily is perfectly content in her beloved Zennor Castle, in Cornwall.

None of them know what Dame Fortune has in store for them. Will she allow them to follow their own paths…or has she got other ideas? 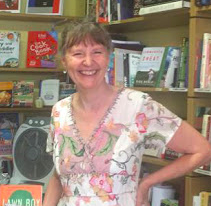 Born between historic Winchester and Southampton in the UK, Vivienne has been passionate about the Tudors for as long as she can remember. This led to a degree in Medieval History at university, and the growing desire to write a novel.

However, life took over somewhat and only after stays, short and long, in six countries she called home did she finally settle down to finish her novel.

Words have always played an important part in her life, whether it’s been writing, editing, teaching English, or just picking up a good book.

Having three sons came in very handy when she had to write about squabbles between the male characters in her novel. Not so handy when she took her boys to Hampton Court and one of them got lost in the maze!

Seeing ‘A Phoenix Rising’, the first book in the series ‘The House of the Red Duke’ in print for the first time was a moment of great joy for her. She very much hopes that anyone reading ‘Beware the Lizard Lurking’, the second book in the series, will enjoy the end result as much as she enjoyed writing it. 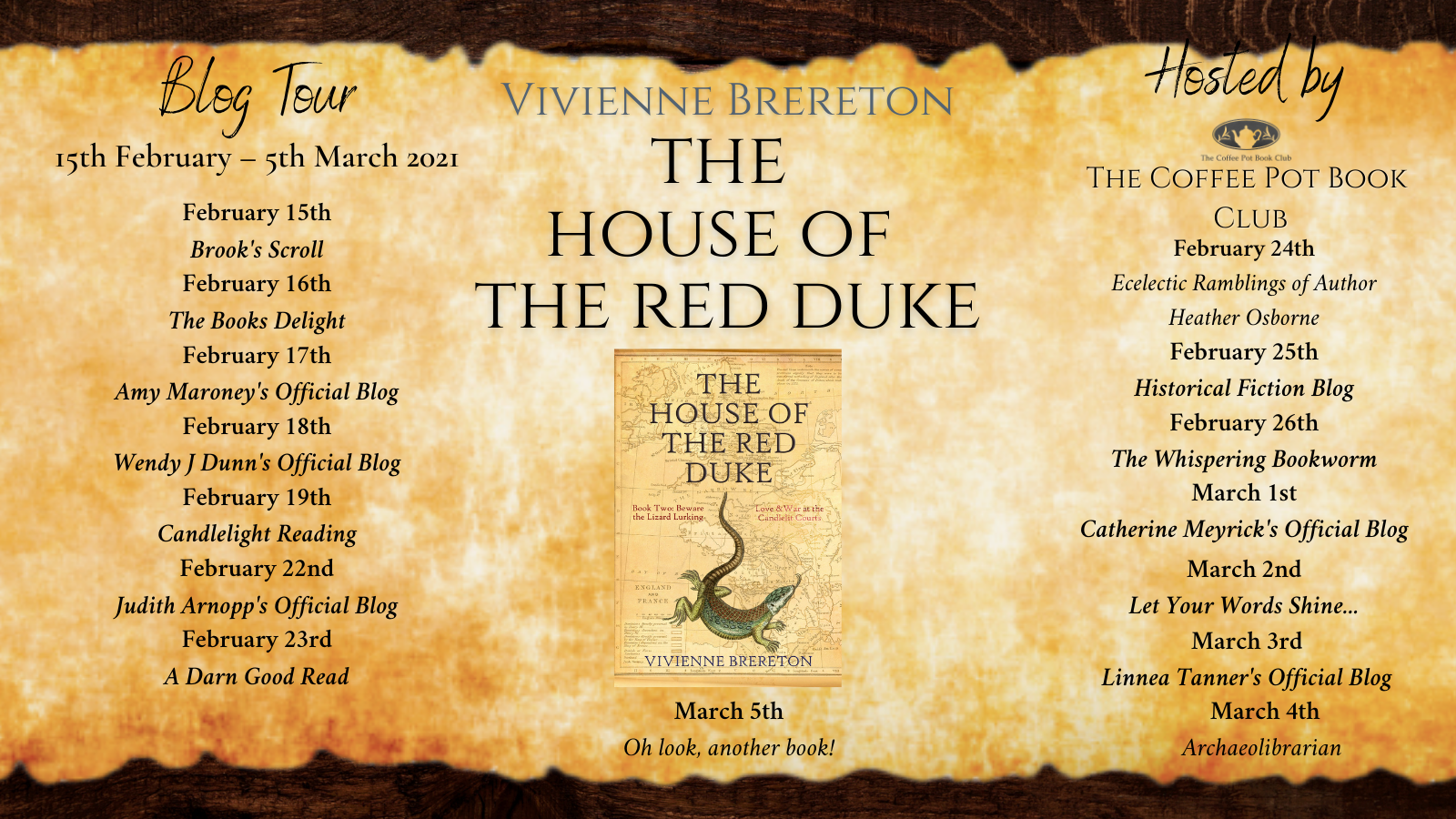