Miller Spurlock might seem like a laid back man on the outside, but piss him off, or violate his trust, and he’ll show you the meaning of pain.
He was a Navy SEAL. He could kill a man a hundred different ways and not break a sweat.
He’s also a police officer and member of the SWAT team, which means he has the knowledge and skills to get away with it.
Rage boils in his gut when he witnesses what happens to the beautiful Mercy Shepherd during a SWAT op from hell that even his worst nightmare couldn’t conjure up. And it surprises the hell out of him when she wants him, and him only, to comfort her in the aftermath.
Miller becomes the one shining beacon of light at the bottom of Mercy’s pit of despair.
The one man that could pull her through the rough days ahead and make her whole again.
And during her road back to herself, she realizes that she’s got the one thing she ever wanted in life…a hero to call her own.

I walked beside Viddy as we walked down the hallway from the plane’s exit.
My eyes were on Trance, who was, indeed, drunk. He was barely putting one foot in front of the other, and I honestly didn’t know how he was walking with the amount of alcohol he’d consumed.
He hadn’t looked that drunk when he’d been sitting; although, once he’d stood up that all had changed.
Miller, however, had been expecting it because he caught him before his knees even had a chance to buckle.
“What’s the deal here? Why does he hate to fly so much?” I asked, turning my gaze to Viddy.
Her mouth curled in the corner as she said, “I don’t think he has a ‘reason.’
More, I just think it’s a phobia of his. He says he’s had it since he was a teenager when 9-11 happened. I don’t blame him. That day affected us all.
Some large, and some small. But still just as important.”
I nodded.
I could see how that’d scare him. Hell, I couldn’t say that it hadn’t crossed my mind as the plane started taking off.
We stayed silent as we walked down the hallway, and into the main part of the airport.
I could hear boots clunking behind me, and I looked over my shoulder to see Silas there.
Silas, I’d found out, was the president of the motorcycle club that Trance belonged to.
He was in his early fifties, from what I’d been told, but the man could totally pass for late thirties. I hadn’t realized he was the father of Sebastian. Another man I’d met only today.
Sebastian and Silas looked as if they could be brothers, instead of father and son.
Silas smiled at me when he caught my eyes on him, and gave me a wink.
“You ready to meet the parents?” He asked.
I blinked, then started getting nervous.
Of course, it’d occurred to me that I was meeting Miller’s parents…but I hadn’t thought about how important it was…this initial meeting. I wanted to make a good impression.
Which was why, when I saw the bathroom just before we got to the baggage claim where we were to be meeting, I darted inside and went straight towards a stall. Where I promptly started to hyperventilate.
I sat down and buried my face in my hands, leaning forward to try to circumvent the panic I could feel rising at an alarming rate.
What if they didn’t like me?
Would Miller think differently of me?
Hell, Miller didn’t feel anything for me. How could he?
He hadn’t made so much as an ass grab since I’d forced him to fuck me.
The door to the stall opened and I halted my sobs.
Silent tears tracked down my face as I waited for whomever was outside the stalls to finish the fuck up so I could resume my sob fest.
Except whomever it was didn’t just leave.
“What’s wrong?” Miller said from above me.
I screamed.
Like a little bitch.
“What the hell, Miller! What have I told you about boundaries?” I yelled, yanking my pants up and turning to glare up at him.
He started to grin unrepentantly at me before he saw the tears in my eyes, then he frowned.
“What’s wrong?” He demanded.
Then he literally jumped over the stall.
I wasn’t sure how he did it, but one second he was on the other side, and the next he was gathering me into his arms.
“I don’t want to talk about it,” I said lamely.
He chuffed. “Get over it and tell me what the fuck is wrong.”
Always so elegant, my Miller.
“What if they don’t like me?” I whispered fiercely.
His eyes softened as he cupped my face. “They’ll like you, honey. You’ve already got my brothers wrapped around your finger. And we’ve got our parents wrapped around ours. Trust me, it’ll all be okay. I wouldn’t have brought you here if I didn’t think they’d like you.”
I closed my eyes and leaned my head against his chest.
“Okay,” I sighed. “Let’s go.”
He took my hand, stopped for a squirt of the hand sanitizer dispenser, and pulled open the door to the bathroom.
I hadn’t even made it out three feet past the threshold when a barrel of energy hit me, gathering me up in her arms and pulling me into her.
“Oh,” the woman, who I guessed was Miller’s mother, said. “I’ve been waiting for you for thirty five years.”
I blinked. “Thirty five years?”
She nodded. “The moment I had Miller, I knew I was only ever going to have boys. But I knew that one day Miller would get married, and I’d have a daughter.”
“Hey, what about me?” Viddy teased from the chair beside Trance’s slumped form.
“I like her,” his mother whispered. “But you are exactly as I’d pictured my daughter in law to be.”
Then she turned around to Viddy. “No offense.”
She smiled. “None taken, Sloan. I know Miller’s your favorite.”
Sloan, Miller’s mother, nodded. “That’s true,” turning back to me. “He is my favorite.”
My jaw dropped. “You have a favorite child?”
She nodded. “He’s the only one that I got drugs with when I was birthing them. I don’t care what the heck you say. You don’t forget. You remember everything about the birthing experience, and those other two kids left me with scars. Horrible, ugly scars.”
My eyes widened and I turned my face up to Miller’s to see him smiling.
That smile was contagious, though.
It caught on my face, and when I turned back to Sloan I said, “I think I’m going to love you.”
She beamed. Positively beamed.

I’m a married mother of three. My kids are all under 5, so I can assure you that they are a handful. I’ve been with my paramedic husband now for ten years, and we’ve produced three offspring that are nothing like us. I live in the greatest state in the world, Texas. 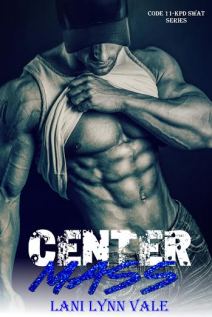 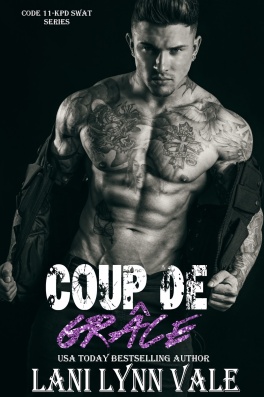