The Geisha with the Green Eyes
India Millar

By 1850, Japan had been closed to the outside world for centuries.  It was a secret, hidden world.  And deep within Edo was Yoshiwara − The Floating World.  The center of pleasure. Within Yoshiwara was the Hidden House. A place that only the very wealthy could afford to visit.  The place where the geisha were… special.

And in the Hidden House lived Midori No Me. Half Japanese, half foreign Barbarian, born in captivity. She was trained to dedicate her life to serving the wealthiest men in Japan. Defiled at thirteen when her virginity was sold to the highest bidder. Possessed by the greatest actor in the Kabuki theater. Stolen by the most powerful Yakuza in Edo.

The geisha who escaped from the Floating World.

I started The Geisha with the Green Eyes with much anticipation. I loved Memoirs of a Geisha, so I was eager to read more historical romance about the practice, and the cover inspired me even more. A well-constructed story, with memorable characters, I found the novel an easy read, and kept going back to it after having put it down. I liked Midori’s character and found her struggles real in the Floating World. However, my favorite character ended up being Carpi, the poor geisha with shortened arms. Her character was how I might imagine a geisha to feel; forced to entertain the outside world while feeling crushing sadness inside.

I feel though that the ending was rushed. There was a great build-up, but there could have been more substance. I do hope the author plans a sequel, as I would love to continue reading Midori’s journey. There are some violent scenes in this novel, some involving sexual context so any readers should be made aware of this. Otherwise, The Geisha with the Green Eyes was a solid four-star read for me. Well done!

I was provided with a complimentary copy of this book for an honest review. 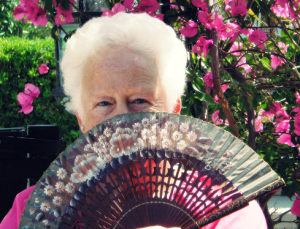 INDIA MILLAR started her career in heavy industry at British Gas and ended it in the rarefied atmosphere of the British Library. She now lives on Spain’s glorious Costa Blanca North in an entirely male dominated household comprised of her husband, a dog, and a cat. In addition to historical romances, India also writes popular guides to living in Spain under a different name. Her Romance Noir series is highlighted on her website, indiamillar.co.uk.

RED EMPRESS PUBLISHING is a full-service publisher offering traditional and new services for our authors to help them succeed and stand out in an ever-changing market. The company is actively seeking submissions by women and people of color as part of the company’s philosophy of diversity and inclusion. They are currently seeking submissions in any genre of fiction but especially romance, mystery, fantasy and historical fiction. Authors can submit their books and request more information on Red Empress Publishing’s official website. For the company’s latest news and updates, visit Red Empress on Facebook and Twitter.

2 thoughts on “Review Request: The Geisha with the Green Eyes”